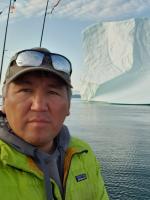 Andrew was born and raise in Pangnirtung Nunavut.  He is married with three grown children, one grandchild and one child who passed away.

Andrew has served on many Boards and Volunteer Organizations both at the community and territorial levels in the capacity of Chairperson and Regular Member.  He has Chaired community engagement sessions and public hearings and has traveled to most of the Nunavut Communities and understands the demographic challenges of Nunavummiut.

Andrew has been with the Commission since May 2013 in the Capacity of Chairperson and Commissioner.

Throughout Andrew’s career he has worked in law enforcement with the RCMP, DFO, Pangnirtung By-law Office, and as a Conservation Officer for the Government of Nunavut. He has lived in the communities of Iqaluit and Kimmirut.

From  living out on the land, and with Andrew’s work experience, he has developed a balance between our current modern and traditional lifestyle(s).  Andrew has great respect for traditional knowledge and the Elder Knowledge keepers.  Andrew believes in volunteering and giving back to communities are a very important part of Inuit culture. Andrew remains committed to representing Inuit interests.  Andrew embraces being part of decision making, “your concerns are just a concern but if you become a part of the decision-making process, you become part of the voice for change and influence solutions”. 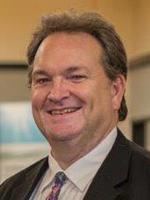 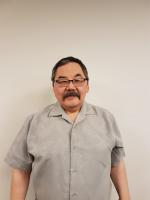 Darrell Ohokannoak –of Cambridge Bay spent most of his career with the Kitikmeot Corporation introducing local internet access in the Kitikmeot and also had a major role of delivering broadband services to all Nunavut communities.  After receiving his high school diploma in Yellowknife while attending Akaitcho Hall, he completed two years of management studies in Edmonton.  In addition to serving on various boards throughout Nunavut, his long term service to the youth of Cambridge Bay through the cadet program, earned him the Commissioner's Volunteer Award and Her Majesty's Queens Diamond Jubilee 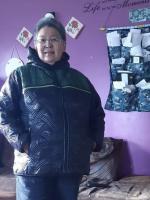 Patricia was born in Churchill Manitoba and currently Lives in Whale-Cove.

Patricia has worked from Isaatik Co-op, Hamlet of Whale-Cove, and GN - Home and Community care for over 6 years plus.

Patricia loves to go out hunting and camping . Dorothy Gibbons was born in Arviat (Eskimo Point) and currently working in Rankin Inlet, NU . She has held jobs with local, regional and territorial housing, has worked in municipal and regional municipal government, private sector and inuit organizations. She is currently working as a Property Manager with Sakku Properties. 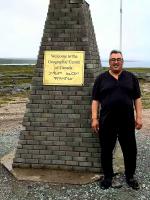 Simeon was Raised in Baker Lake Nunavut, Appointed in August 2021.